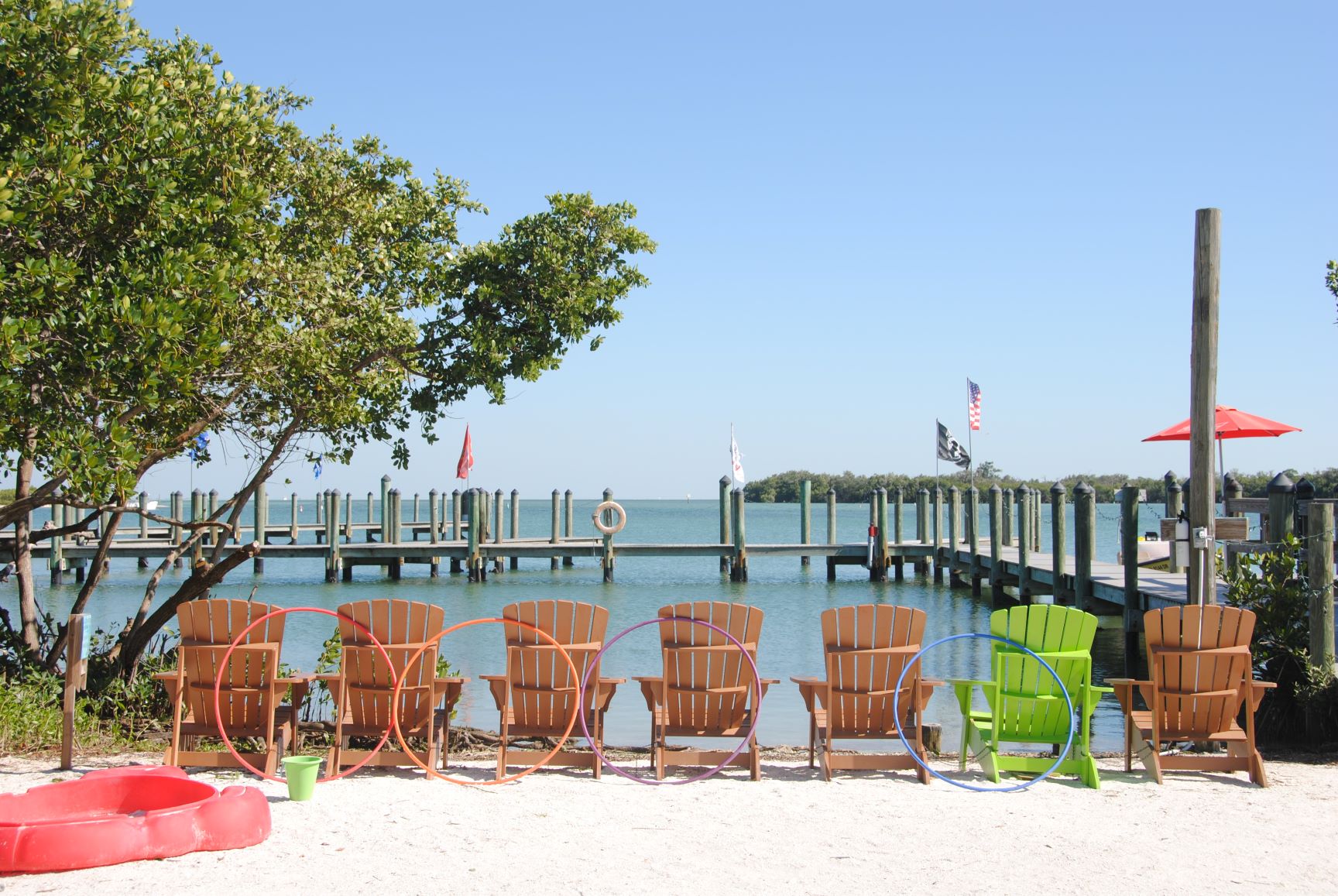 There is an island off the southwest coast of Florida that is only accessible by boat or small airplane. This remote island has been an unexpected escape for decades and reminds me a lot of the classic Caribbean book, ‘’Don’t Stop The Carnival” by Herman Wouk. The island is North Captiva…

North Captiva Island is located five miles east of Pine Island, it is the next island North of Captiva island and south of Cayo Costa. The island is 4.5 miles long and is 700 acres total, 500 of which are protected land owned by the state and is part of the Cayo Costa State Park system.

The favorite restaurant of many on the island is Barnacles. This restaurant is not only accessible by boat and small plane but also has a unique, quirky, Caribbean/Wild West atmosphere. Walking down the dock you feel yourself starting to enter a Corona beer commercial. Adirondack chairs on the beach to the right, hula hoops and a chickee hut with picnic tables. The blue colored building with white painted letters reads “Barnacles”. A man with Ray Ban aviator sunglasses is on the porch of the restaurant singing a John Prine song. A shirtless man pulls up beside the restaurant, parks his golf-cart without a top and finishes the last third of his 16 oz Budweiser beer. The guitar player nods to the shirtless man as he enters the restaurant.

The picnic tables are filling up and the Ray Ban guitar player breaks into Jonny Cash, “I Walk the Line.” Buckets of ice cold Corona come out of the restaurant and are placed on the picnic tables along with homemade Sangria. Conversations overheard range from buying real estate on the island to how cold the temperature is in their hometown.

Sitting under the palm thatched tiki hut you can look out towards the water, past the Adirondack chairs and see the American flag. You may be in the United States but it feels hundreds of miles away, like an old forgotten outpost in the Caribbean. The guitar player starts playing a Warren Zevon song,’’Lawyers, Guns and Money”.

Barnacles and the whole island seem to have their own measure of time and rhythm, they all march to a different cadence somewhere between the Bahamas and the Lesser Antilles.

If you get the chance to travel to this tropical island, enjoy the nature, conversations, cold beer, good food and music. But please, “Don’t Stop The Carnival!” 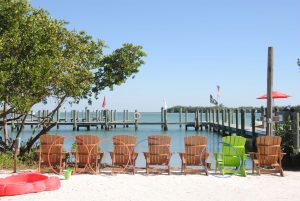 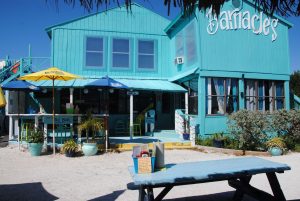 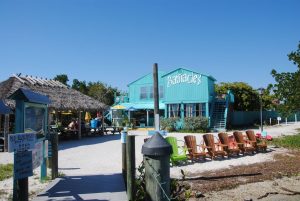